Your heart’s racing. You can feel the blood pounding in your ears. You know that the next few minutes could either be peace of mind or the return of unemployment anxiety. Damn it, why’d smoke that joint last week?

But all’s good—you bought a synthetic urine kit just for this situation, right? It’s wrapped tightly around your waist, warmed to the perfect temperature and ready to go. You unzip your pants and whip out your junk, then hold out the sample vial and carefully reach for your pee bottle—

Wait. He’s looking. Why’s the observer looking? Is he staring at your dick? Shouldn’t he be turned around? He can see your dong, and it’s not peeing! Your window’s gone!

A Perfect Solution to the Drug Test Question 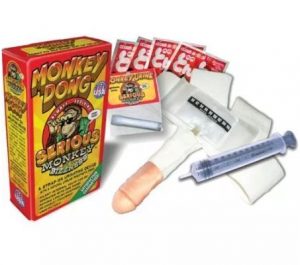 This scenario isn’t just a horror story for recreational users at the workplace. Urine drug testing facilities aren’t all the same in terms of how intimate or nosy the supervisors or observers can be when you’re pushing out your sample. The best synthetic pee product in the world won’t help you if you don’t have the opportunity to use it in the first place.

That’s where the fake penis comes in, and in this review, we’re going to dive deep (hehe) into the best product on the schlong simulation market—the Monkey Dong.

Fake penises are designed to help recreational users pass drug tests which ask for urine samples. These drug tests are often carried out at testing facilities with observers watching over testees (no, not your balls).

While legally the observers are not allowed to actually watch you pee from right next to you or in front of you, they can make it as hard as possible for you to cheat and slip in a little bit of synthetic urine, whether by standing close to you or maintaining a good vantage angle.

Some people use fake penises for pee fetishes. In fact, that’s what the original fake penis was marketed as: A sex toy. Of course, everyone knows what it’s really used for

The Monkey Dong is the premier fake penis on the market! It’s highly realistic, affordable compared to other fake penis products, and comes with everything you need to pass a drug test, including a sample of some of the best synthetic urine you can buy!

The foremost advantage of The Monkey Dong is its awesome ease of use, and that it’s ready to go right out of the box. The product includes the Monkey Dong itself, which features a “silent internal valve” that you can use to control the stream of pee with just a bit of squeezing.

On top of this, it also comes with 3.5 ounces of high-quality synthetic urine that is guaranteed to pass that test for you. The included fake pee is carefully designed to meet all the requirements for urinalysis, including identical physical characteristics such as specific gravity, color, and smell, as well as chemical characteristics such as pH level, urea and uric acid content, creatinine, and even foaming.

It also comes with four heating pads that can heat up the sample to the right temperature and keep it there for hours, a belt that can loop around anything up to a 54” waistline, and syringe.

A Rainbow of Penises 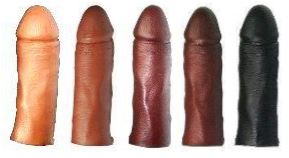 What good would a fake penis be if it didn’t match up with your skin tone? It’d look terribly out of place, which would be hilarious for a few seconds before you realize that it could cost you your job.

The Monkey Dong sets itself apart in the industry with a surprisingly inclusive unique selling proposition—it comes in six unique colors, representing six races: Light white, white, tan, Latino, brown, and black. Each of these colors represents the skin tone of choice so closely that any variation might just be brushed off as a little less exposure to the sun!

This means that the Monkey Dong is truly a perfect fit for anyone regardless of race or time spent in a tanning bed. Of course, it’d be much better if it came in a variety of sizes as well as colors, but maybe that’s asking for too much!

How Do You Use the Monkey Dong

As we said, the Monkey Dong is ready to use out of the box. Start following these instructions a couple of hours before your test.

To begin, take the Monkey Dong and close the valve so that nothing leaks out while you’re loading it up.

Then, take the syringe and measure about 100mL of water. Add the included sample of synthetic urine into the water. Use the syringe to capture the entire solution that you’ve just created.

Check the temperature strip regularly, ensuring that it’s in the range of 96-100 degrees Fahrenheit, which is close to the human body temperature and approximately the temperature of real, freshly urinated pee.

Secure the Monkey Dong beneath your clothes and be ready for your test. When the time comes, open the safety valve, whip out your Monkey Dong, show off a little if you feel like it, and then squeeze the tip of the fake penis to squirt the sample out of the bladder and into your sample cup. It’s that simple!

Monkey Dong Versus The Whizzinator

If you’ve done pretty much any amount of research into passing a drug test, you might have come across…THE WHIZZINATOR, the iconic fake penis. This product is so famous that it even has its own Wikipedia page!

Today’s Whizzinator includes almost everything that the Monkey Dong has, with heating pads, a syringe, high-quality synthetic urine, and of course the fake penis itself.

So how does the Monkey Dong fare against the Whizzinator? The answer: A resounding victory.

Next, the Whizzinator actually leaks! This could be embarrassing at worst, and dangerous at best, ruining your sample or revealing the presence of your fake penis to the observers. The Monkey Dong categorically does not leak, and it’ll keep your fake pee safe until it actually needs to get out.

And if both of these weren’t enough to sway you, on top of all of these advantages, the Monkey Dong is just flat out cheaper!

If you want the best chance at fooling the observer and passing that drug test, definitely choose the Monkey Dong.

Where Can One Buy the Monkey Dong

The Monkey Dong will set you back a cool $90. That’s a little tough to swallow, but it’s much better than losing your job! It’s also cheaper than the Whizzinator and other major products on the market. 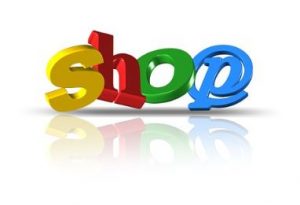 It’s best to buy the Monkey Dong from the Authorized official website. Choosing to get from a discounted online reseller runs the risk of you getting a product with an expired or outdated synthetic urine formula within—after all, those usually have a shelf life of only 1 or 2 years.

You’ll also be at risk of buying a knockoff Monkey Dong, which could be less effective or less authentic than the real thing. This isn’t as big of a problem as having expired synthetic urine, though.

Better and more diverse colors. Out-of-the-box readiness. High-quality penis sculpting. Price. All of these factors contribute to the quality of the Monkey Dong, and it stands erect over the flaccid competition. That’s why our choice of fake penis is the Monkey Dong, and with the right use, it’s guaranteed to get you past that test.

We can’t understate the importance of getting past that test with the right synthetic urine kit (click here for our recommend product). See, getting a positive drug result isn’t always the end of the world or even your job. They might put you through rehab, or give you a couple of weeks to get clean. And even if you do lose your job, at least you have a chance to find another one, whatever consolation that might be.

However, if you plan to actually cheat on a drug test, you better hope you don’t get caught, because that’s a misdemeanor in many states—and a felony in some. Having that on your record isn’t gonna do you any favors. If you’re really going to try and cheat, you should bolster your chances as much as possible.

Learn more about Quick Fix 6.2 in this Quick Fix Synthetic Urine Review, one of the most popular product with the highest reported pass results and the one we’ve used and recommend to our readers.